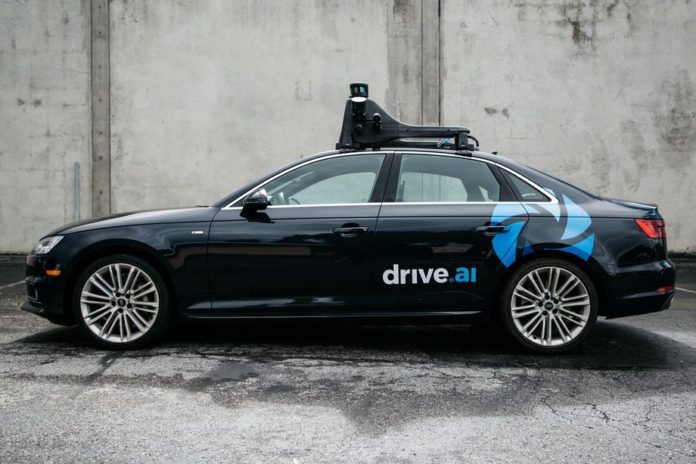 A CNN story late last year declared 2016 “a tipping point for excitement in self-driving cars.” In fact, the year saw reports of major investments by Ford, Mercedes, Apple, Intel, Delphi Automotive, and venture capitalists, among numerous players jockeying for position in the emerging market for autonomous vehicles. There may be debate about the time it will take the technology to adapt enough for wide deployment, but there is consensus that this time will come in a matter of years rather than decades.

To date, there are no public estimates of how large this surge in investment in autonomous vehicle technology is in the aggregate. PWC’s 2016 Connected Car Study, its fourth annual report on the sector, says the top five original equipment manufacturers spent $46 billion in research and development in 2015, and there are numerous reports that catalogue investments, acquisitions, and other activities in the growing ecosystem that supports self-driving cars. We set out to estimate the aggregate investment across this entire area.

The inquiry provides a useful window onto the state of play in development of autonomous vehicle technology, as entities from the major auto manufacturers to startups scramble to take the lead. It is also a measure of what it takes to reach a tipping point in development of sophisticated artificial (or augmented) intelligence. As Qi Lu, the star Microsoft engineer who moved to Beijing to become Baidu’s chief operation officer, recently put it, “In autonomous systems, the car is the first major commercial application that is going to land.” Investment in self-driving cars appears to be the leading edge for AI development.

Investment in self-driving cars appears to be the leading edge for AI development.

The ecosystem for self-driving cars has numerous layers. It encompasses not just the machine-learning that operates the vehicles, but also the array of sensor and navigation technology needed, from refinements to the advanced braking or lane-keeping assistance common in today’s vehicles, advances in more granular and adaptive mapping, and vehicle-to-vehicle and vehicle-to-infrastructure communications systems.

Because lives and safety are at stake, autonomous vehicles require a high degree of reliability and need to adapt to widely diverse contexts. In Austin, for example, one of Google’s autonomous vehicles was befuddled by a cyclist rocking back and forth in a track stand at a red light and, in Australia, Volvo engineers found it a challenge to predict the bounding of kangaroos. As a result, in order to train self-driving artificial intelligence systems, the players involved are stretching to accumulate vehicle miles and investing untold hours of engineering time.

The players involved are stretching to accumulate vehicle miles and investing untold hours of engineering time.

Every major car manufacturer in the world wants to be an early mover – or at least to avoid competitive disadvantage. They are joined by automotive suppliers like Bosch and Delphi Automotive. The technology-intensive aspect has drawn in tech companies that see their core competencies involved; Google’s self-driving cars have been the poster children of the sector for several years, but Apple, Microsoft, Alibaba, and Baidu are increasingly involved and players such as Intel, NVIDIA, and Qualcomm are investing in making the microprocessors required. Fleet operators are also involved, including rideshare and logistics companies that are likely to be the earliest adopters and have a ready supply of vehicle miles to supply data for machine learning.

In addition to these established players, startups are playing an increasing role: Nutonomy, a Massachusetts outgrowth of MIT, received a $20 million in investments investment and many of the investments by established players have involved the acquisitions or stakes in startups, such as Ford’s $1 billion investment in ArgoAI. This startup activity has attracted the attention of venture capitalists; venture leader Andreesen Horowitz announced investments in advanced mapping, driver assistance systems, and delivery robots, and several funds have been set up to invest in autonomous vehicle technologies. The venture firm Comet Labs mapped startups working on pieces of the autonomy puzzle and found some 263 firms involved.

To size up this growing ecosystem, we looked for reports of investments and transactions attributable to autonomous vehicles or core technologies by these various actors over the past three years, from August 2014 to June 2017. This information is not readily available. There is no line-item in annual reports or SEC filings that necessarily would disclose research and development expenses in this field, and many companies studied are privately owned in any event and not subject to public disclosures. Many of the players involved may be reluctant to disclose the size and scope of their investments for competitive reasons. In addition to financial transactions, there are numerous strategic partnerships, such as NVIDIA-Audi or Toyota-Uber, pooling skills and other resources that do not lend themselves to valuation. Hence, the open-source information we collected is complete only insofar as individuals with knowledge of investment amounts are willing to share valuation information publicly. Our search was limited to English-language sources and therefore captures investment in China or elsewhere only to the extent it has attracted notice internationally.

We cast a wide net for publicly available information on investment by every one of the major auto manufacturers and at other businesses reported as involved in technologies focused on self-driving cars. We collected data on investments in autonomous vehicle technology from a number of sources, including press articles, corporate SEC filings, and venture capital databases. Some deals were large enough to trigger disclosure by public companies, and news reports on major deals and developments in autonomous vehicle technology often referenced other deals. We also searched the open-source venture capital database Crunchbase for startups in the autonomous vehicle space that were acquired by larger companies or received seed funding from venture capital firms.

The information below aggregates all the investment amounts from these public sources.

These transactions took place in countries spanning three continents.  Investment activity was focused primarily in the U.S. but present in China, Germany, Israel, and the UK as well. The deals represent combinations between automotive and technology sector companies, as well as collaboration with the nascent industry focused solely on autonomous vehicle technology. Within these categories are companies working at every level of the ecosystem: OEMs making car parts and advanced sensors and other guidance systems, microchip manufacturers and software companies creating the computers that process information from these sensors, and finally the automakers and fleet operators that ultimately will be the ones to put autonomous vehicles on the road.

The most striking feature of such investment is the timeline. Most has been announced in the last two years, with the pace accelerating as 2016 went on.

This timeline bears out CNN’s declaration that 2016 was a tipping point in autonomous vehicle investment. The curve shows what appears to be an inflection point during that year. It is too early to tell where the curve leads (maybe data scientists or machine learning could derive an algorithm to predict, but it is beyond our capacities). This growth spurt could be viewed the “starting gun” in the race to develop autonomous vehicles, an initial burst of speed to stake out positions that will level out in the long run. On the other hand, the curve may continue its deflection as progress in self-driving cars accelerates.

Either way, the upward direction can be expected to continue as competitors continue the race toward deployment. Given this pace and the limitations of the data, autonomous vehicle investment warrants further study and our figures should be updated as the landscape changes.

The $80 billion or more invested in that sector is a precursor of things to come in fields like natural language processing, image recognition, and others.

If autonomous vehicles are the leading edge of artificial intelligence investment and development, then the $80 billion or more invested in that sector is a precursor of things to come in fields like natural language processing, image recognition, and others as these technologies gain commercial momentum.

This report captures at best a snapshot of autonomous vehicle activity as the technology races forward. While the pace of investment is uncertain, this technology is developing at such a rapid pace that the upward trend in investment activity will continue. As the frequency of news reports and startup investments shows, the total investment figure is a moving target that will need updating periodically. The trend indicates that investment in 2018 should be substantially more than the $80 billion disclosed from 2014 to 2017, and continue upward for some period of time as the race to deploy self-driving moves on.

GM says it will launch a robot taxi service in 2019 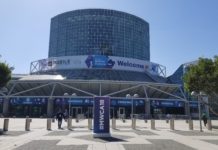